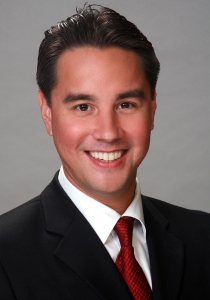 Joey Manahan is a member of the Honolulu City Council and serves as the Chair of the Budget Committee and Vice Chair of the Transportation Committee.  Manahan was recently elected as President of the Hawai‘i State Association of Counties (HSAC), which consists of the four counties of the State of Hawai‘i and advocates for county programs and services and represents the county governments before the Hawai‘i State Legislature, administrative agencies, and federal government.  He has served a combined 13 years in elected office in both the Honolulu City Council and the Hawai‘i State House of Representatives.

Manahan has held several leadership positions including the Chair of the Committee on Budget for the Honolulu City Council and Vice Speaker of the Hawai‘i State House of Representatives.

Manahan formerly was the Chair of the Transportation Committee, where he provided oversight for the State of Hawai‘i’s largest capital improvement project, the Honolulu High Capacity Transit Corridor Rail Project, and as Chair of the Budget Committee, he was the first to appropriate funds for the electrification of transportation (EOT) for the City and County of Honolulu.

As a State Representative, Manahan initiated projects for his district such as the Farrington High School Modernization and the Kuhio Park Terrace Modernization projects, which laid the groundwork for the modernization of schools and housing projects statewide.

8 thoughts on “About Councilmember Manahan”