Lawmakers in Hawaii’s largest city just passed what could be one of the strictest bans on single-use plastics in the country.

The Honolulu City Council this week voted 7-2 to pass Bill 40, which bans businesses and restaurants in Honolulu County from serving food and beverages with plastic straws and utensils and containers made of polystyrene foam. The legislation will take effect in phases, with polystyrene foam being banned first in 2021 and disposable plastic being banned in 2022.

The measure will cover Honolulu County, which the council oversees and includes the entirety of Oahu, Hawaii’s most populated island.

PAID FOR BY Happy Family Organics

Lawmakers on the Big Island and Maui County, which includes the islands of Maui and Molokai, have previously banned foam containers but those measures do not cover plastic utensils. Honolulu County followed suit in 2015 and banned plastic bags in grocery stores, making Hawaii the only state at the time to completely ban most plastic bags.

Hawaii’s efforts to reduce use of disposable plastic is part of a growing wave across the country. This year, legislatures and city councils in at least 34 states have passed or considered measures that ban or discourage single-use plastic bags, polystyrene foam and single-use plastic utensils.

California started years ago, passing a statewide ban on plastic bags at large retail stores in 2014; a referendum forced the issue onto the November 2016 ballot where it passed to remain in effect. New York passed a similar measure this April. However, few governments have passed sweeping bans that cover a wide variety of plastic products, such as the one in Honolulu.

Congratulations to @SurfriderOahu, who achieved a huge win with the City Council vote to put Bill 40 —a sweeping single-use plastic ban — into law. https://www.surfrider.org/coastal-blog/entry/historic-single-use-plastic-ban-passes-in-honolulu … 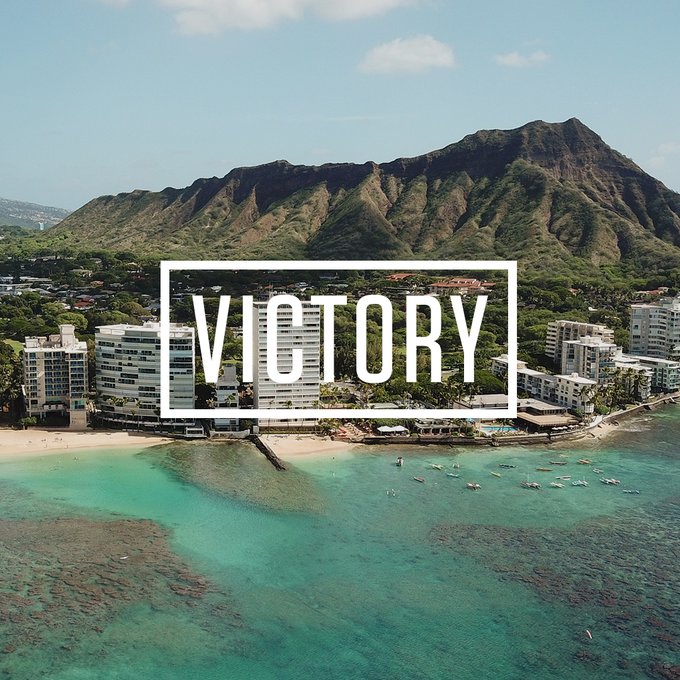 19 people are talking about this

Local and national environmental groups are celebrating the measure as a major win in the fight against single-use plastics, which contribute to climate change with greenhouse gas emissions during production and transportation and account for about 85% of trash found in beaches and waterways.

Isolated in the middle of the Pacific Ocean, residents of Hawaii depend heavily on imports for everyday products including milk, gas, bread, clothes and construction materials, making it one of the most expensive states to live in the U.S. Hawaii is also uniquely affected by the world’s plastic pollution problem, collecting plastic trash that originated from various places around the world.

Business groups in Hawaii pushed back against previous versions of the bill, arguing the measure unfairly burdened local businesses, pitting them against big box stores and forcing them to increase their prices ― thus making products in the state even more expensive.

A broad coalition of Hawaii businesses came together to fight for the survival of local jobs and beloved local brands. We care for our environment, but passing Honolulu City Council Bill 40 would hurt local businesses. Sign our petition at https://ujoin.co/campaigns/715/actions/public … 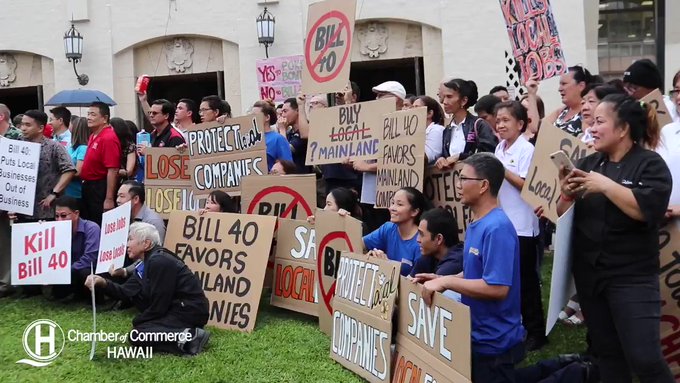 See Chamber of Commerce’s other Tweets

Hawaii’s Chamber of Commerce was concerned the measure would threaten smaller businesses who would have to invest in more expensive non-plastic materials to package their food products.

Before the bill was passed, lawmakers amended it to resolve both environmentalists’ and the food industry’s concerns. The version that was passed this week includes exemptions for prepackaged items such as musubi wraps, chip bags, bread bags, ice bags and plastic bags used for loose items including vegetables, ground coffee, raw fish and meat, and newspapers.

Paul Kosasa, the CEO of ABC Stores, a local general store chain in Hawaii, previously opposed the bill but later accepted it after lawmakers made revisions to the bill to address business owners’ concerns.

Kosasa told HuffPost that businesses like his were initially blindsided when the bill banning plastics first came out but lawmakers started to pay attention to business owners once they protested against the proposed measure.

“While [the bill] is still not perfect, it did enough to alleviate our concerns,” Kosasa said, noting that the exemptions for raw meat and fish products were important for businesses to keep their products safe for consumers.

“There’s more things that have to happen to it but there’s been enough changes to it that gives us some time to become more eco-friendly,” he added.

Honolulu Mayor Kirk Caldwell is expected to sign the bill into law.