By Christina Jedra   / About 1 hour ago
Reading time: 7 minutes.

As Honolulu cracks down on illegal short-term vacation rentals, violators are getting hit with financial penalties.

But some of them will end up paying only a fraction of their fines by taking advantage of a controversial city policy.

Andrew Lippi, a retired Florida attorney, used to run an illegal vacation rental out of a four-bedroom home on a quiet Kailua street, according to the Department of Planning and Permitting. The city issued a violation notice in 2015, DPP records state, but he continued the operation for more than a year. 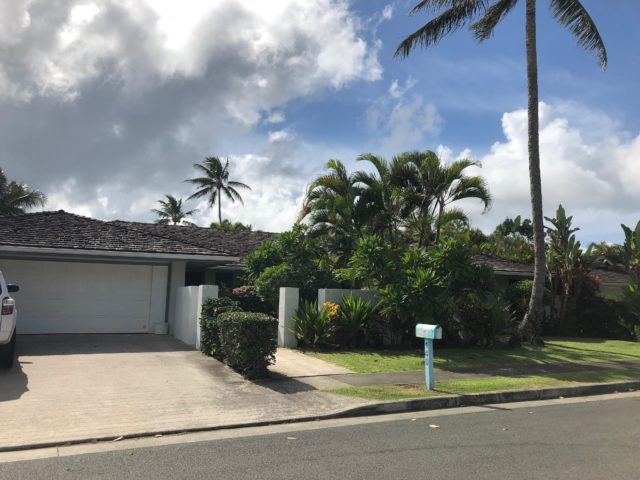 That’s despite the fact that, according to news reports, Lippi is a multimillionaire who bought an island in Key West this year for $8 million. He also owns a Key West mansion and resort where MTV’s “The Real World” was filmed – a property that he rents out on VRBO for $2,059 a night.

“He gets a slap on the wrist, and he’s laughing all the way to the bank,” said Paul Spriggs, a neighbor who complained to the city about Lippi’s rental.

Every year, Honolulu’s Department of Planning and Permitting lets dozens of alleged violators avoid hundreds of thousands of dollars in penalties. The city allows them to pay only a percentage of their accrued fines if they come into compliance.

The practice frustrates people who complain about permitting and zoning scofflaws in their neighborhoods, but Acting DPP Director Kathy Sokugawa said it works.

“The whole intent is to get people to comply with the law. It’s not a money-making venture,” she said. “It’s very important to know that we do not negotiate any outstanding fines unless the violation has been cured.”

In the case of Lippi, who did not return a message from Civil Beat, his property is now occupied by long-term renters, neighbors said. From DPP’s perspective, that’s a win.

But Spriggs feels Lippi should’ve been forced to pay the full amount anyway. 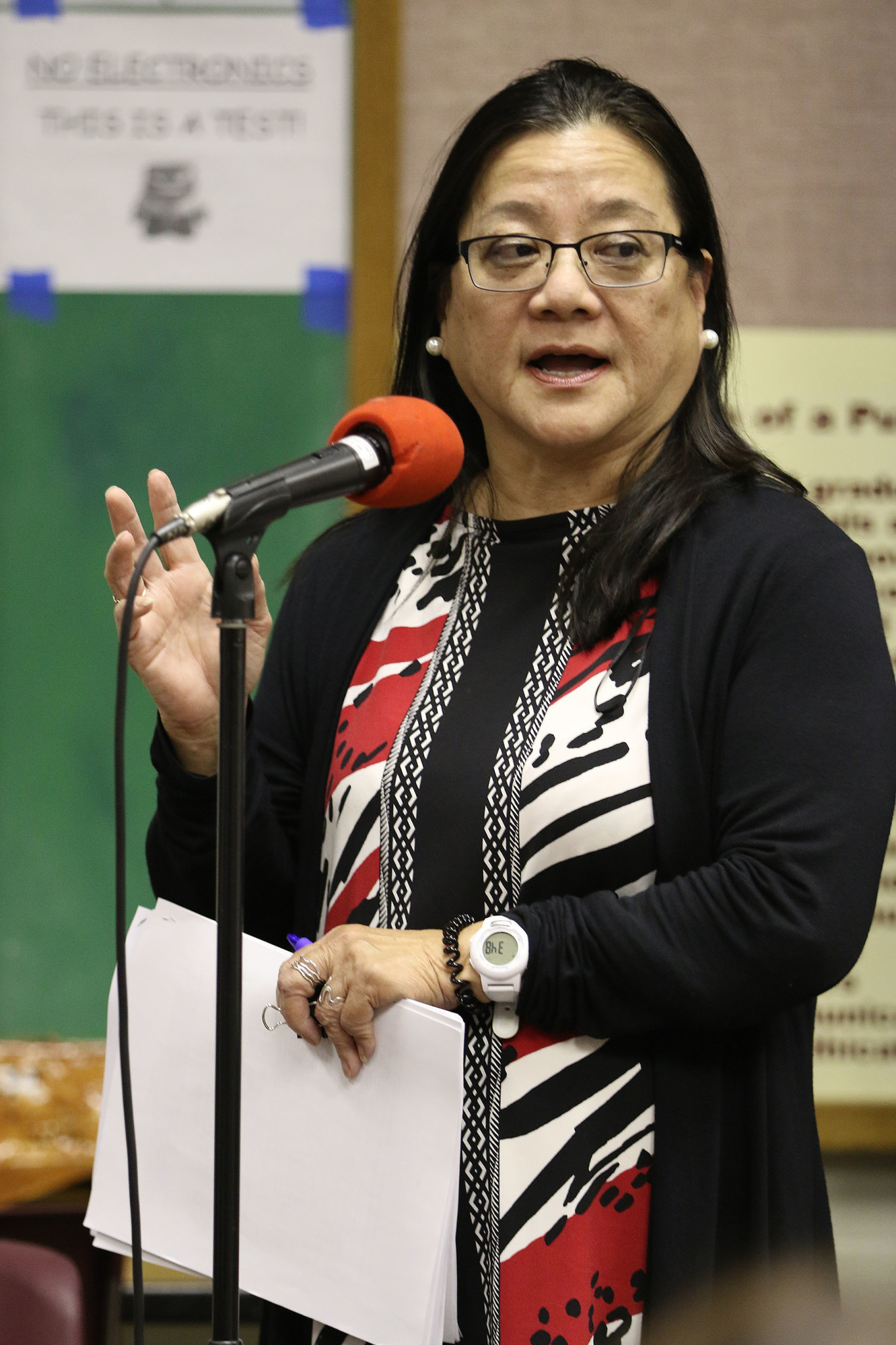 “Ten percent was the cost of doing business,” Spriggs said. “It was illegal to do it, and he profited from it.”

In April, Lippi was criminally charged for allegedly stealing $300 in goods from a Kmart. He pleaded not guilty.

Other property owners accused of running illegal short-term vacation rentals have been fined less than Lippi but were also allowed to settle, according to DPP records.

As long as the rental operators stop, that’s fine by DPP.

In the past, the Honolulu City Council has taken issue with DPP settlements. In 2014, council members passed a resolution asking the department to file quarterly reports showing basic settlement details. A proposal earlier that year would’ve required council approval for DPP settlements, but the measure died in committee.

For some property owners, the settlements are a way to end mounting fines from what they say are wrongful accusations.

Gloria Almendares, a real estate agent who splits her time between Hawaii and California, was fined $307,000 by DPP for allegedly operating an illegal vacation rental in her Makaha condo, department records show. But Almendares said the charge was bogus.

“I’ve never had my property as a vacation rental,” she said. “Never.”

Enforcement of Honolulu zoning violations used to be handled by the prosecuting attorney’s office. The system relied on prosecutors, who were juggling cases related to public safety, to take on lower-stakes property violations like illegal signage, Sokugawa said.

“What happened is the zoning violations got very little attention from the prosecuting attorneys,” she said. “And people knew that.”

In the early 1990s, the city switched from criminal to administrative enforcement, introducing the concept of civil fines, Sokugawa said. It allowed the city to “hit them in the pocketbook.”

“It’s been tremendously successful in getting the public and violators to pay attention when they get a notice of violation,” she said. “It’s working out very well.”

Rule breakers can face daily fines for unpermitted work. If left unpaid, fines can lead to a lien on the property.

“The whole point of the civil fine process is to encourage, incentivize compliance,” Sokugawa said. “Get your sign down if it’s illegal. Stop doing auto repair in a residential district, or more recently, stop doing your short-term rental.”

Fines will mount until the violator fixes the violation and notifies DPP, Sokugawa said.

“If you build your house too high, you need to redo your roof,” she said. “Then at that point, if they cry mercy, we will look at reducing the outstanding amount.”

One property owner was cited in 2002 for building a driveway without a permit. Over 14 years, the fines mounted to $260,700, records show. Ultimately, the driveway was removed, and the owner paid $10,050, or about 4% of the fine, under a settlement in 2017. The former driveway is now a patch of yellow vegetation. 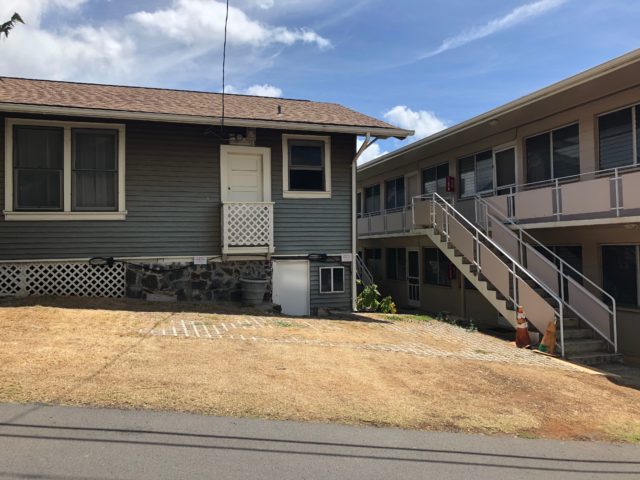 The department considers fine reductions on a case-by-case basis, Sokugawa said. Each director has a different philosophy.

“We will look at the egregiousness of the violation,” she said.

DPP has less sympathy for an owner making money from their violation, according to Sokugawa. Officials will be more understanding if a property owner has “let their yards go wild” because they’re struggling with dementia or if the owner died and the descendants are working through an ownership transfer.

“Indigent type of violators who are losing control of their life, we take that into account,” she said. Conversely, affluence isn’t much a factor: “Generally, we don’t take into account the wealth of the person.”

In the past, the rule of thumb was to allow settlement recipients to pay 10% of their accrued fines. Civil Beat reviewed settlements from 2014 to 2019 and found percentages both above and below that.

“This does not encourage compliance,” said Denise Antolini, president of Malama Pupukea-Waimea, a North Shore nonprofit. “This policy of always taking pennies on the dollar is a sure way to completely undermine their enforcement capacity.”

Malama Pupukea-Waimea is one of several groups that filed a lawsuit this year in opposition to a development by Hanapohaku. The company is planning to build a commercial center across from Shark’s Cove, which is in a Marine Life Conservation District.

Last year, DPP forgave 90% of a $76,000 fine Hanapohaku received for “grubbing and grading without permits.” For Antolini and other opponents to the project, that’s frustrating.

“It doesn’t benefit the department’s longterm enforcement power,” Antolini said. “It deprives them of resources for enforcement, so it’s a downward spiral.”

For Sokugawa, settlements aren’t the free pass that some people think they are. There is an “extra penalty” for repeated violations.

“Generally when someone does it again, we’re less patient,” she said.