By Marcel Honore    / About 9 hours ago
Reading time: 7 minutes.

City officials often tout their efforts to make Honolulu more pedestrian-friendly. But they’re also removing dozens of painted crosswalks, making it harder and potentially more dangerous in key places to get around on foot. 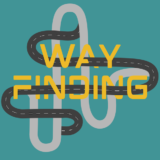 According to data provided by the Department of Transportation Services, the city has either removed or plans to erase 45 crosswalks around the island, many of them along roads with high traffic volumes.

DTS has deemed those crosswalks to be unsafe and a legal liability as traffic counts grow and cars move faster. There simply aren’t enough pedestrians using those crossings to justify the needed safety upgrades, DTS adds, so they’ve opted to black out the painted stripes instead.

Notably, however, it’s still legal for pedestrians to cross there under state law — even if the painted stripes have disappeared.

That has some community advocates and residents concerned that by removing the stripes DTS is actually making conditions more dangerous for pedestrians still brave enough to cross. 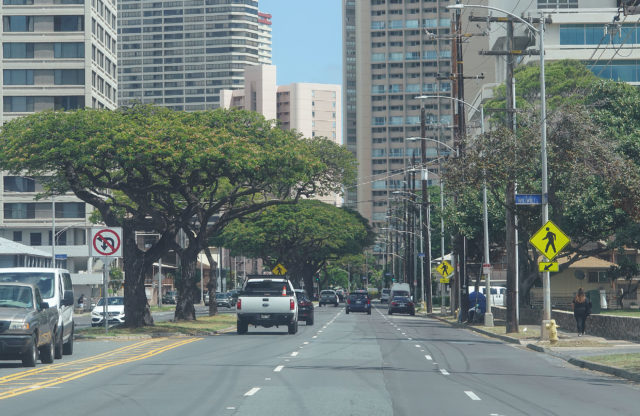 Without the stripes, “cars don’t necessarily have those cues to look or know that it is legal for people to cross at any intersection,” said Tim Streitz, who chairs the McCully/Moiliili Neighborhood Board. “I think that causes a huge problem and safety concern.”

In McCully, the stripes to help pedestrians cross busy Kapiolani Boulevard and access Ala Wai Community Park were removed earlier this year.

The city did, however, leave in place the pedestrian-crossing signs and curb ramps at those intersections with Wiliwili and Paani streets.

“I might be missing something. I’m a bit confused on how removing the lines actually increases pedestrian safety if this is still going to serve as a legal crossing point for pedestrians,” Hawaii Disability and Communication Access Board member Bryan Mick told Honolulu City Council members this summer as they considered passing a resolution to restore the stripes.

Those members on the council’s Transportation Committee ultimately decided to table the resolution at DTS’ urging.

DTS officials said they were compelled to take action on those 45 crossing locations, one way or the other. The places where stripes have been blacked out or are slated to be removed are listed in the interactive map below:

The city could be held legally liable if a pedestrian is seriously injured or killed in the painted stripes at those locations based on the latest Federal Highway Administration standards, they say

“Something triggered us to look at these intersections,” said Jon Nouchi, DTS deputy director. “And it could be anything from someone asked a question about it from the public or we were planning on some re-pavement and we had to do some study on it.”

“But the study shows that according to our current standards right now we cannot retain that without any further infrastructure investment,” Nouchi said.

Sometimes the stripes give a false sense of security, he added.

“If you do look at people who do cross here,” Nouchi said, gesturing to King and Kawaiahao streets, “they take their crossing more personally and more seriously because they know they don’t have this implied protection, this magical force field.”

The intersection, near the Hawaiian Mission Houses and Kawaiahao Church, lacks painted stripes.

Making safety enhancements to meet federal standards at such crossings is expensive — well into the six-figure range at each site, Nouchi said. Those costs often pose a dilemma to the city.

“We do have to identify specifically what projects we’re going to work with,” Nouchi said.  The city receives federal dollars for such projects through the state.

A new law passed last year requires DTS to notify local neighborhood boards before it removes crosswalks. Streitz said the law was passed because too many residents had been caught off guard by the stripes’ disappearance.

“We just feel like they’re not listening to us,” Streitz said. “People are telling me that they’re confused why the crosswalks are being removed and it doesn’t make sense for the people who actually are using them.”

The state has also removed its share of un-signalized crosswalks deemed unsafe along dangerous Farrington Highway on the west side and Kalanianaole Highway on the east side. In one instance, Waianae community members even took matters in their own hands to paint stripes where their kids generally crossed the street on the way to school. (The city later painted over those stripes.)

Without those stripes, pedestrians often have to walk a block or more to cross comfortably. In a statement, DTS officials recommended that pedestrians walk to the nearest signalized crossing “though it may be inconvenient.”

If You Build It, They Will Walk

Meanwhile, as more crosswalks disappear, the city has also been working to design more “complete streets.” It’s a push to make Honolulu’s roads safer and more accessible to pedestrians and cyclists where possible.

But the disappearing crosswalks show that Honolulu is really at a crossroads when it comes to pedestrians. How much priority do they really get when the city removes stripes rather than invest to keep those busy streets walkable?

One notable transportation project in the works is “Ala Pono” — a pedestrian and bicycle bridge over the Ala Wai Canal that would connect Waikiki with Ala Moana, McCully and Moiliili.

The city estimates that 38,000 commuters into Waikiki are within walking and biking distance. The bridge could help curb some of traffic madness heading into Waikiki, Honolulu’s Wild West.

However, the city is simultaneously eliminating the corridors farther mauka that would feed that pedestrian bridge, at Kapiolani and Ala Wai Community Park.

Earlier this month, renowned urban planner Jeff Speck weighed in on the issue.

“The professional consensus among people who practice this is that it’s much safer to cross in a crosswalk than outside of a crosswalk. When you eliminate a crosswalk from where people are crossing, and are going to cross, you are increasing the risk to pedestrians,” Speck said in an interview with Civil Beat ahead of his local presentation on walkable cities.

“If you decrease your liability and more people die than you’ve forfeited your moral standing as a city. Clearly, crosswalks need to be maintained where people cross,” Speck added.

The city has cited low pedestrian use to justify blacking out the crosswalks, but how many more people might try walking there if they had better, safer crossings?

How many more will try to cross Kapiolani on foot once the Ala Pono bridge is built?

The idea is to ensure those roads are not “given completely over to moving vehicles,” as Renee Espiau, the city’s complete streets administrator, explained during a public meeting on such efforts in Kalihi last week.

If local transportation leaders are really serious about making Honolulu more walkable, maybe they should stop moving in two different directions at the same time.