By Christina Jedra   / About 60 mins ago
Reading time: 5 minutes.

A mainland law firm will bill Honolulu taxpayers up to $700 per hour through 2022 in an attempt to shield privileged and private records seized by the feds in January – but exactly what records were taken and why is still shrouded in secrecy.

Mayor Kirk Caldwell’s administration refuses to talk about the search warrant, and the law firm’s contract with the City and County of Honolulu, obtained by Civil Beat, describes only vague legal responsibilities. The contract itself includes a code of silence.

“When dealing with the news media, the consultant is expected to be circumspect and to treat all matters falling within the scope of this contract with the utmost confidentiality,” the contract states. 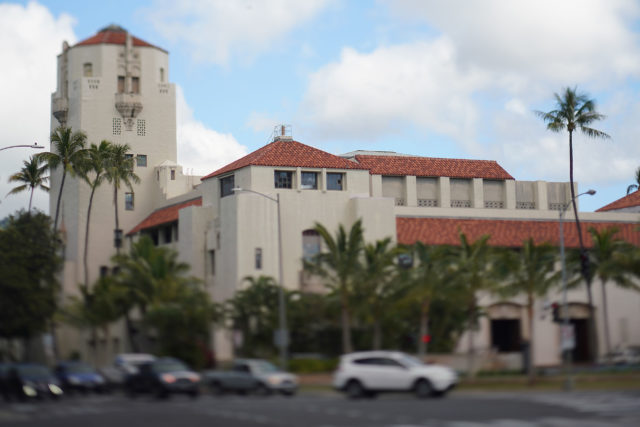 Councilmember Kymberly Pine said Caldwell should tell the public exactly why the firm was hired and what records were seized.

Farella Braun & Martel was hired on Jan. 22, according to the contract, within days of federal investigators executing a search warrant on the city’s department of information technology. Mayor Kirk Caldwell briefly mentioned the warrant that month when he announced Corporation Counsel Donna Leong had received a target letter from the FBI in connection with the federal probe of former police chief Louis Kealoha and his wife, ex-prosecutor Katherine Kealoha.

Funding up to $150,000 was approved by the Honolulu City Council in March. Council members discussed a resolution in a closed-door session and unanimously approved it except for two members who were absent, Ikaika Anderson and Ron Menor.

Earlier this month, the council voted on another spending allocation, this time raising the limit to $225,000. After Civil Beat reported on the contract, council members Kymberly Pine and Heidi Tsuneyoshi voted against the payments. Councilman Tommy Waters voted yes “with reservations.”

Tsuneyoshi said she voted no “after learning more about the details of this issue.” She declined to explain her decision further.

Waters voted with reservations because the corporation counsel wouldn’t answer his questions about the search warrant, he said. According to Waters, the city’s attorneys did not share the scope of the search warrant with council members.

With the exception of Menor and Waters, who are both attorneys, council members have declined to talk about the substance of corporation counsel briefings in executive session, which are not open to the public.

Waters cited a council rule that allows council members to disclose to the public “the general subject matter that served as the basis for the committee’s meeting in executive session.”

Menor, who chairs the Executive Matters and Legal Affairs Committee, said the information he shared was “more procedural than substantive.”

“I am trying to be as open and transparent about this as I can be,” Menor said. 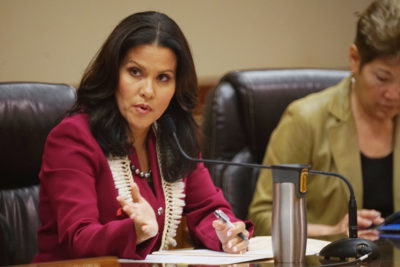 Farella Braun & Martel’s contract includes a long list of generalized legal tasks: “reviewing documents and records; interviewing witnesses; conducting research; rendering opinions including evaluations reports, and investigations; preparing pleadings, discovery documents and other documents; preparing reports and consulting with members of the Department of the Corporation Counsel; court appearances; communicating with opposing counsel; and assistance with negotiations related to factual and legal issues arising out of any criminal matters and issues involving the city.”

Pine said the vagueness of the contract opens up the possibility that the firm could be used inappropriately.

“My concern is these lawyers are going to be used to hide these injustices related to the Kealohas or the HART investigation,” said Pine, who voted against a measure that would use city money to defend HART employees embroiled in a federal probe. “None of this money should be used for that.”

Civil Beat obtained the contract through a Uniform Information Practices Act request. The news organization also requested copies of the law firm’s invoices, but the city denied it.

According to Waters, the fact that the legal services are expected to go on for years may or may not be an indication of the scope of the search warrant.

“Perhaps the documents that were seized were voluminous, and it may take the court a long time to review these documents under seal,” he said.