By Marcel Honore    / About 9 hours ago
Reading time: 5 minutes.

Honolulu Mayor Kirk Caldwell and Kalihi’s city councilman say a recent update on rail construction’s impact leaves them unconvinced that the plan has adequately considered the damage to businesses and residents along the project’s narrowest, trickiest stretch.

“I don’t think they’ve done their homework,” Councilman Joey Manahan said Tuesday, following a briefing from Honolulu Authority for Rapid Transportation officials on Thursday. “The lack of details was astounding” for Dillingham Boulevard, he said.

HART insists it has no plans to fully shut down the critical artery for the city’s working-class neighborhood of Kalihi to bury 138-kilovolt lines below the ground and erect large concrete steel-and-columns to hold up the transit line’s elevated guideway.

But based on the plans that HART shared on Thursday, Manahan said Tuesday that he doesn’t see how construction crews will avoid shutting down vehicle traffic on the thoroughfare between Middle Street and Iwilei. The area surrounding that nearly 2-mile stretch is home to some 10,000 residents, he said. 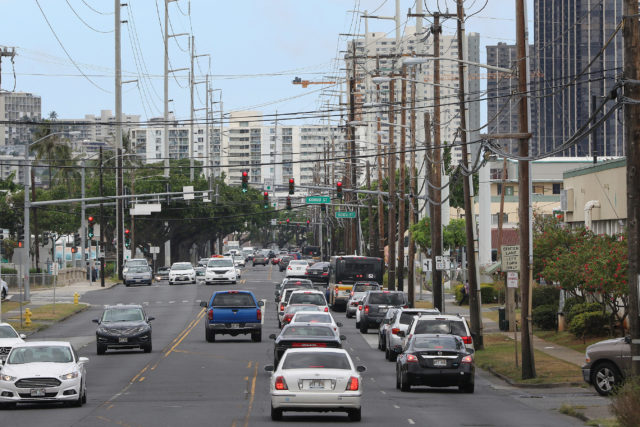 “I think the plan needs a lot more work,” Caldwell said in a statement Tuesday, “in particular regarding the impact utility relocation … will have on businesses and residents.”

“It’s not acceptable in its current form,” the mayor added.

According to Manahan, officials with the city’s Department of Transportation Services and its semi-autonomous Board of Water Supply were there as well.

Not nearly enough public outreach has been done to prepare Kalihi for the onslaught of work to come, Manahan said. Neither Hawaiian Electric Co., whose utility lines run along Dillingham, nor Kamehameha Schools, a major landowner and landlord to many of the mom-and-pop businesses there, were present Thursday, he said.

Nonetheless, HART officials at the meeting proposed that they hold a press conference in October to announce their construction plans and schedule along that stretch, according to Manahan.

“We haven’t engaged the community as much as we should,” said Manahan, who represents the area. “To do it now in a month would be difficult.” The outreach would face language barriers, too, with many local residents speaking Ilocano as a first language, he added.

HART’s executive director, Andrew Robbins, was not available Tuesday to discuss the matter. Instead, the rail agency sent a statement through spokesman Bill Brennan.

HART has been working “for many weeks” on a plan “that takes into account the need to maintain full access to residences and businesses along the corridor as well as bus service throughout the corridor,” it stated.

“The preliminary plan, which is still being drafted, is also aimed at completing the work as quickly as possible, so as to further minimize the impact to the community,” it added.

Running The Gauntlet On Dillingham

Utility relocation started on Dillingham about a year ago under a separate, $400 million contract to Nan Inc.aimed at reducing the risks — and thus the price — of the major rail work that remains.

Construction of rail’s final 4 miles into town, including Dillingham, would start some time after February as long as the bids come in on budget and there are no challenges by competing firms, HART officials say.

The agency expects construction to run through April 2024, and the line to be completed after testing by December 2025. Federal officials say it’s more realistic to expect it’ll be done in September 2026. 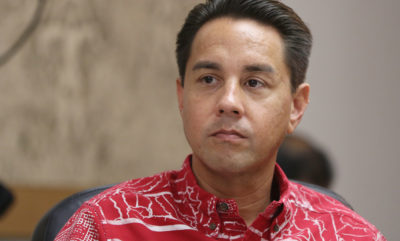 Four of the transit route’s 21 stations are slated to serve Kalihi. The line is aimed to improve transportation options and the quality of life there, and Manahan has consistently supported the project in the face of calls to stop at Middle Street.

In 2016, as the project soared over budget, officials even briefly considered switching the route to Nimitz Highway to avoid Dillingham’s inherent challenges. They struck that down, however, because it would place the line out of reach of those residential neighborhoods.

But now, Manahan says he worries that rail construction under HART will uproot and displace the same residents and businesses the transit line is supposed to help.

Kalihi needs better drainage and sidewalks, Manahan said, and he suggested including those upgrades with the construction in order to gain some community support.

“We’ve put in a freeway, we’ve put in a prison, (but) we need the infrastructure,” he said. “If you guys are willing to do that then maybe the community will say yes.”

HART, meanwhile, says it’s already consulted with numerous stakeholders and received “excellent feedback and recommendations” that will be used for its final plan — before heavy work begins.