Skip to content
By Marcel Honore    / About 8 hours ago
Reading time: 7 minutes.

Honolulu city leaders are scrambling to protect the Ala Wai’s federal flood control dollars so the money doesn’t get diverted to other unfunded projects.

What’s been missing from the conversation, however, is that there appears to be a sizable surplus in federal dollars available.

Last year, Congress approved $15 billion in U.S. Army Corps of Engineers emergency construction to repair damages from natural disasters. The cost of the projects under that appropriation, which includes flood control for the Ala Wai watershed, totaled $13.9 billion as of July 2018.

According to Jeff Herzog, the corps’ project manager for the Ala Wai, the leftover $1 billion-plus is actually treated as a contingency in case those projects go over budget. 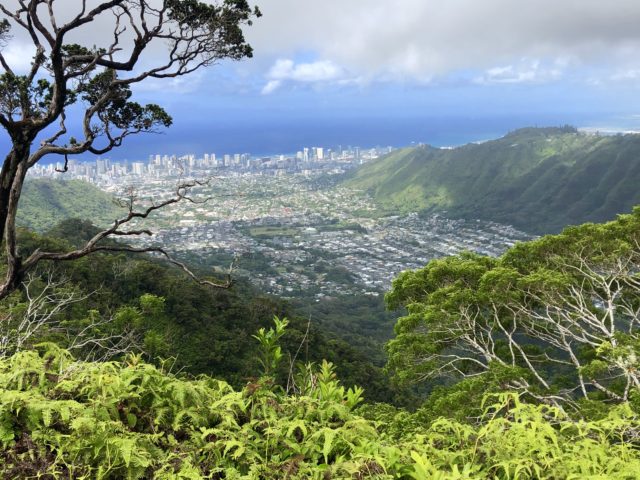 If they failed to act before Aug. 30, Mayor Kirk Caldwell and corps officials told them, some $220 million of federal funding for flood control in the state’s most densely populated watershed could be in jeopardy.

“There’s more projects than there’s money appropriated,” Caldwell told the council during its executive matters committee meeting Wednesday. “Congress has appropriated a lump sum of money, but the number of projects they want to do, there’s not enough money for it.”

Caldwell and members of his cabinet said the idea that the federal money is in jeopardy was based on the corps’ internal meetings with its top officials, which city officials didn’t attend.

“Nobody knows for sure. We are working on speculation,” Robert Kroning, director for the Department of Design and Construction, told the council.

Asked whether Caldwell was aware that there was a surplus of federal funding for long-term disaster recovery projects, his spokesman, Andrew Pereira, said “this is (a) matter that should be addressed by the U.S. Army Corps of Engineers.”

The council voted 5-3 to approve Resolution 19-182with one member, Ann Kobayashi, absent.

Corps representatives in Washington, D.C., did not respond to questions last week on where the 2018 contingency amount stands today.

Federal Funding ‘Came As A Shock’

The Ala Wai flood control project, still in the early design phase, is aimed at protecting lives and property in the watershed as climate change worsens, more tropical cyclones threaten the islands, and intense storms such as the so-called “rain bombs” that deluged Aina Haina and Kauai last year become more prevalent.

Numerous community members have expressed strong misgivings about the design in recent months, however. They say the plan focuses too heavily on flood control engineering instead of habitat restoration, which the corps scrapped from the plan in 2012.

It would include retention basins, pumping stations and a wall along the Ala Wai Canal. Herzog has repeatedly stated that the corps is making adjustments based on community feedback.

When pressed by Councilman Tommy Waters last week for assurances that the corps could make bigger design changes, Herzog said those would require “approval from our vertical team up through the Washington level.”

Seven of eight local neighborhood boards — not including Waikiki — have passed resolutions calling on the plan to be put on hold and rethought. 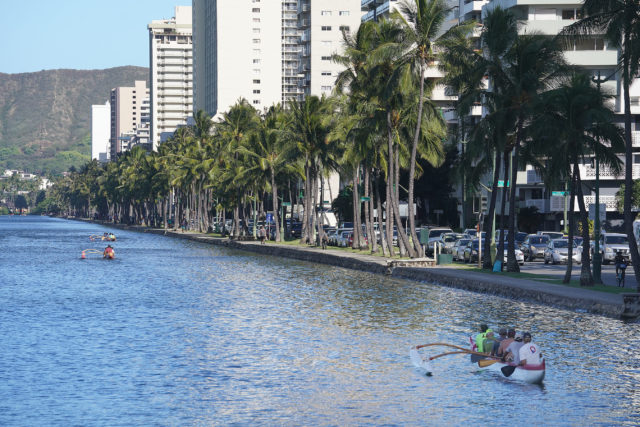 City leaders, meanwhile, were caught off guard when Congress appropriated $345 million for the project last year, part of the broader effort to better prepare the nation against fierce storms and flooding following hurricanes Irma, Maria and Harvey.

“It came as a shock when the money dropped into our pockets,” Caldwell acknowledged before the council.

For the flood control project to advance, the corps must partner with the state and the city.

Under the proposed agreement, the state would provide some $125 million toward the construction and the city would agree to maintain the basins, culverts, pumps and other equipment once they’re in place.

So far, state legislative leaders have not authorized the funding and the deal with the city has stalled.

“We just learned about this within the last two weeks,” Councilwoman Carol Fukunaga said Wednesday.

“It just seems like we’re doing things kind of backwards,” Councilwoman Kymberly Pine added on the rush to protect federal funds. “We have to have two meetings in a row that, like, completely breaks all of our rules for the most part on public notice.”

The council voted 5-3 to approve the measure.

Councilwoman Heidi Tsuneyoshi joined Fukunaga and Pine in voting no. One member, Ann Kobayashi, was absent.

Meanwhile, U.S. Sen. Brian Schatz, a staunch advocate of the Ala Wai project in Washington, D.C., was lobbying behind the scenes for Resolution 19-182’s passage. 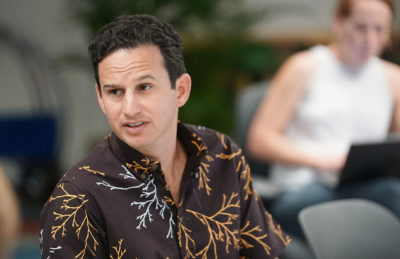 Schatz met with Council Chairman Ikaika Anderson last week on the matter and also spoke with Waters in between meetings, according to those council members.

In their conversation, Waters said, Schatz even argued against a floor-draft amendment that Waters had proposed. It stressed that the city wouldn’t accept state funds under the deal until the proper permits and environmental hurdles had been cleared.

That amendment later failed after Kroning testified it would “kill the project.”

Schatz did not respond to requests for comment last week.

After the council vote, Waters, who represents Waikiki, said he had not seen the list of corps projects totaling $13.9 billion, but he “took to heart what they’re saying at face value that the funding is in jeopardy.”

Anderson said after the meeting that the council had been inundated with materials and couldn’t immediately say whether members had seen the corps’ list of long-term disaster recovery projects.

“The chairman shares the senator’s position that passage of  Resolution 19-182 was indeed necessary to ensure federal funding of the flood control project,” he expressed later in a statement through a spokeswoman. “Chairman Anderson remains confident in the firsthand information he received from Sen. Schatz.”

Despite the hangups in the Legislature, Gov. David Ige’s office is also trying to keep the flood-control partnership moving by providing its $125 million share through an obscure financial mechanism called a “certificate of participation,” or COP.

COPs are backed by investors, similar to bonds, officials said. For this situation, they would be issued by the governor and independent of legislative approval, officials said.

Waters called it a “creative way to get the money from the state through the governor’s office.”

The method didn’t sit well with Pine.  “I don’t think I agree with it ethically,” she said of bypassing legislative approval to fund the flood control project. 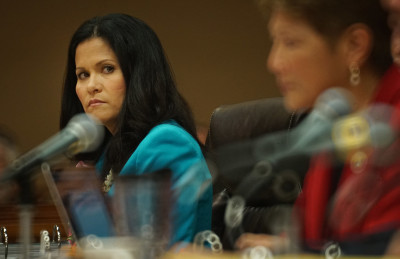 Questions also remain over whether the city would be equipped to manage the project after it’s built.

Caldwell insisted it’s necessary to push forward. The mayor cited the 2004 floods that deluged Manoa Valley, causing the Manoa Stream to jump its banks and rush through Noelani Elementary School.

“It looked like a war zone,” Caldwell said. Had the flooding occurred in the day, “kids would’ve washed away and drowned,” he added.