It’s probably a given that HART’s board and staff would like to oversee rail construction to the end, despite the project’s multi-billion-dollar cost hike, schedule delays and even a federal criminal investigation looming.

On Friday, Honolulu Authority for Rapid Transportationboard members are poised to argue that they should stay in charge because it would only hamper the beleaguered transit project further to change oversight now with so many key issues unresolved.

Specifically, the board’s Executive Matters Committee will consider a resolution that opposes Honolulu Council Chairman Ikaika Anderson’s proposal, introduced last week, calling on voters to decide whether to dissolve HART early and transfer its duties to the city’s Department of Transportation Services. 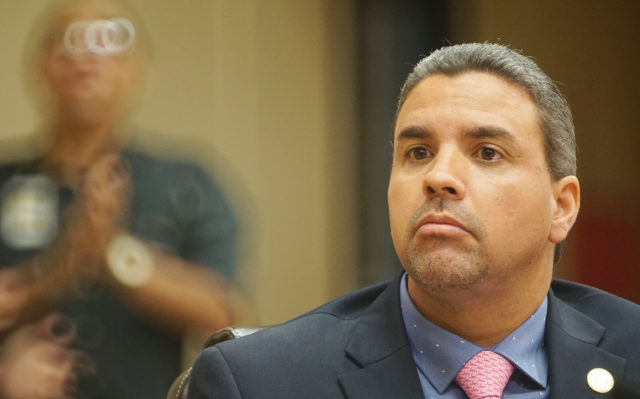 The semi-autonomous rail agency was formed in 2011 largely to keep rail construction at arm’s length from local political leadership.

Anderson’s resolution argues that HART oversight has failed, with the latest cost estimate nearly double the $5.26 billion price tag in 2012 and completion pushed from 2019 to December 2025 at the earliest.

HART is slated to be dissolved once rail construction is done regardless. Anderson’s resolution, however, would have voters consider next year whether to disband the agency in 2021, well ahead of schedule.

HART’s counter resolution argues the move would create uncertainty at a critical moment. The Federal Transit Administration and bidders vying to build rail’s last four miles into town are basing approvals and bid prices on HART being in charge the rest of the way.

It further argues that the uncertainty would only worsen morale and make the hiring of key staff harder there, and that it would require the state to alter the terms of its latest, $2.4 billion bailout package for the project in 2017.

WHEREAS, the recent number of highly public critical audits and the ongoing federal investigation have negatively impacted HART staff members’ morale and contributed to a further loss of personnel, resulting in a diminishment of staff expertise and institutional knowledge

A HART spokesman did not immediately respond to questions of how many staff members the agency lost where the federal investigation and audits were a contributing factor.

Ultimately, the council’s decision will trump any opposition from HART. The Executive Matters Committee meets 10:30 a.m. Friday at Alii Place.