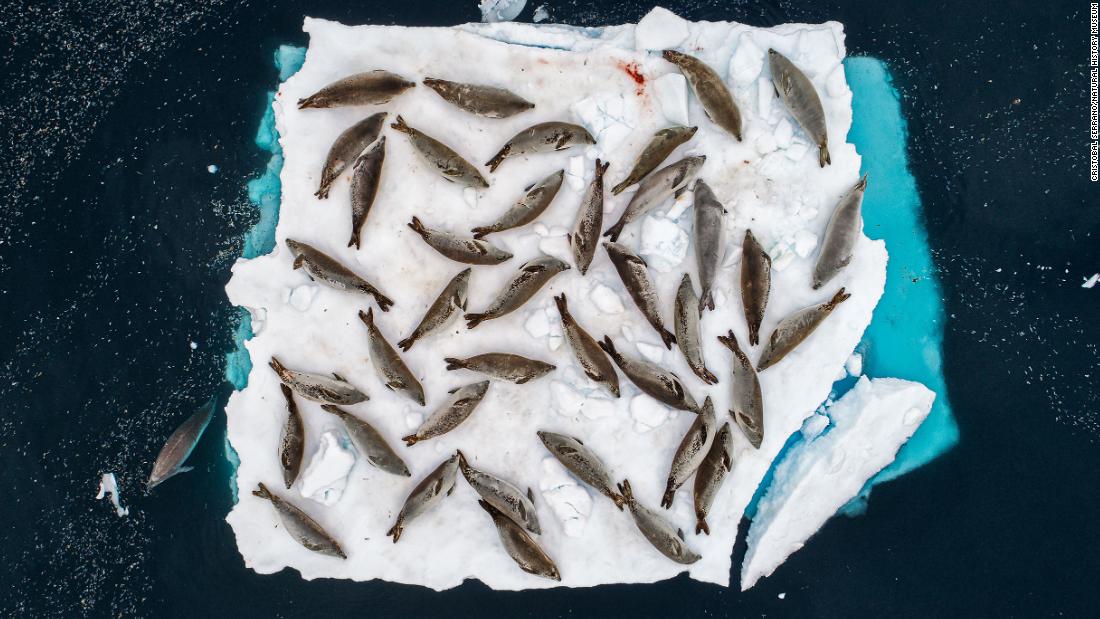 (CNN)Climate change: it’s a subject you can’t avoid, and you’re only going to hear more about it as the world continues to feel the heat.

Maybe you’ve watched documentaries about cute endangered polar animals or tried to read complicated scientific journals about wildfires, rising ocean levels or fossil fuels. The causes of climate change are everywhere, from the clothes you wear to the burger you eat — but do you actually understand the basics?
At CNN, we recently analyzed the most searched climate change questions on Google Trends; the results revealed that many people are still looking for fundamental answers.
We’ve put together this list to help you learn more about our changing climate.

What is climate change?

The term, climate change is used to describe a long-term change in global temperatures and weather patterns.
The earth’s temperature has changed drastically in its 4.5 billion year history, from the Huronian Ice Age that covered vast portions of the planet in ice for nearly 300 million years, to a period about 50 million years ago, when scientists believe that palm trees and crocodiles were native above the Arctic Circle.
Today, climate change is commonly used as a term to describe the effects of global warming that have occurred as a result of human activity following the industrial revolution in the 18th century.

Why is climate change happening now, what are the causes?

This is where it gets a little complicated.
Earth’s atmosphere is full of gases.
Some gases, including nitrogen and oxygen — that together accounts for 99% of the gas in the atmosphere do not absorb heat from the sun, allowing it to reflect back into space from the Earth’s surface.
Other gases, known as greenhouse gases — including carbon dioxide, methane and nitrous oxide — absorb heat and make up roughly 0.1% of the atmosphere. When these gases absorb solar energy, they radiate it back towards the planet’s surface and to other gas molecules, creating the greenhouse effect. 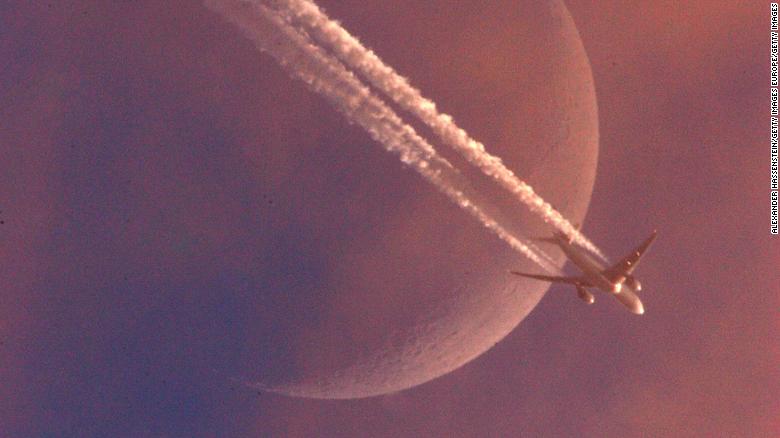 Emissions from airlines also contribute to global warming.
The greenhouse effect plays an important role in naturally regulating the temperature of our climate. Without it the Earth’s average temperature would -18C. That’s roughly the temperature of a domestic freezer.
Since the industrial revolution the concentration of greenhouse gases in the atmosphere has been increasing as a result of human activities like burning fossil fuels, deforestation and modern farming practices. Which means more greenhouse effect, and more heating.
A 2013 report by the International Panel on Climate Change (IPCC), a UN body of climate scientists, found that the atmospheric carbon dioxide concentration had risen by 40% since the industrial revolution, resulting in earth’s temperature increasing by 1C.

What is the impact of climate change?

The impact of climate change depends on how much the earth warms.
In 2018, the IPCC released a stark report on the effects of a 1.5C temperature increase. These include more extreme weather conditions, sea-level rising, the destruction of coastal ecosystems, loss of vital species and crops, population displacement and a huge cost to the global economy.
In 2018, the United Nations warned that without urgent action global temperatures are set to rise above 3C above pre-industrial levels by the end of the century.
At that temperature the outlook begins to look even worse — Entire cities could be swallowed by the rising oceans, species of plants and animals face extinction as their ecological systems fail to adapt to the heat, and hundreds of millions of people could be forced to migrate due to coastal flooding, longer-lasting draughts and depleting crop yields.

Is climate change real, or a hoax?

Almost everyone now accepts that the global climate is changing. The biggest public debate — fueled by high-profile climate skeptics like US President Donald Trump — is around whether climate change is being caused by human activity.
But various studies have shown that a vast majority of scientists agree climate change is real and caused by humans, with one finding that 97% of the world’s scientists agree that human-caused global warming is happening. 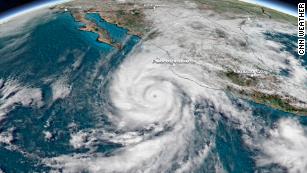 In 2014, 1,300 scientists from around the world contributed to a UN (IPCC) report on the scientific knowledge of climate change. Their report said there was a 95% chance that human activity in the past 50 years had directly resulted in increasing the temperature of the earth.
Physical proof of global warming has been found across the globe, from glacial retreat high in the Himalayas, to coral bleaching in our oceans, to the regularity of extreme weather patterns.

Can climate change be stopped?

But there is hope.
Climate change can be limited and halted but only if we take what the IPCC describes as “rapid, far-reaching and unprecedented changes in all aspects of society.”
To do this, two things need to happen.
Firstly, we need to reverse 250 years of bad environmental habits. In December 2015, 195 countries agreed to a legally binding framework — The Paris Agreement — to achieve zero net carbon pollution by the end of the century. The immediate challenge is to slow down and limit global warming to “well below” 2C above pre-industrial levels. 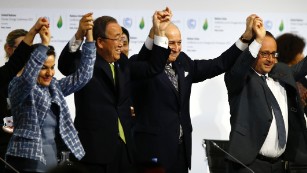 A key aspect of this is to limit the human practices that create greenhouse gas emissions. That will mean changes to many aspects of our daily lives — from our diets, to the way we travel and how we produce the products we all buy.
The second, big challenge is reversing the effect of those practices by reducing the amount of carbon dioxide (CO2) that is already in the atmosphere. There have been advances on this front, ranging from hi-tech carbon capture technologies, to simply planting more trees. But as of yet the IPCC has categorized the technology as “unproven” at a large enough scale to move the needle.
(Via: CNN)