Kilauea didn’t just stop spewing lava. It ceased emissions that have been constant since 1983.

From pristine sunrises breaking over Hualalai’s summit to green flashes beyond Kailua Bay, the Gold Coast’s intense beauty is now shining through air so rarified it’s not been seen in decades. 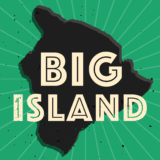 “I think we’re experiencing some of the clearest visibility, some of the best air quality that any of us have ever seen,” said Wendy Laros, a 27-year West Hawaii resident and executive director of the Kona-Kohala Chamber of Commerce.

She sees lots of benefits from the change.

“We definitely believe this will enhance the experience for our visitors and for those who live here,” Laros said, noting chamber staff are no longer fielding numerous calls daily from people asking about the effects of volcanic haze known as “vog.”

That’s because for the first time since Kilauea volcano started erupting in 1983, leeward areas are no longer being polluted with unrelenting vog plumes that prevailing trade winds funneled around the Big Island’s southern tip, then north along the Kona Coast and beyond, stretching as far as Oahu. 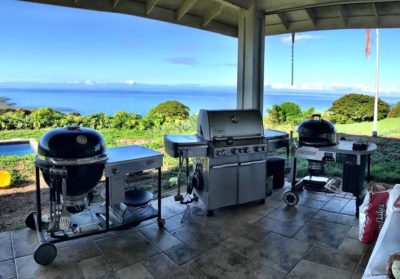 The pollution, comprised mainly of hazardous sulfur dioxide and acid particles, sometimes got so thick people would mistakenly report wildfires.

Conditions changed for the better when the catastrophic lava-spewing that began in May suddenly ended, resulting in a near-complete cessation of emissions. By September, fresh, clean air began purging the vog-filled skies over West Hawaii. 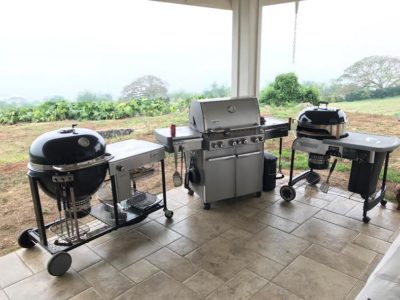 On a recent day, the Hawaii Department of Health’s website reported zero sulfur dioxide parts per million at each of several monitors placed around the island in response to the eruption.

“On sunset on Christmas Eve, we had a green flash,” said Punihaole, an ocean educator with The Kohala Center. “Normally it’s rare to see a green flash (because of the vog), but we’re experiencing them now, so we’re fortunate.”

Impacts of the clean air, should it last – and that’s a big if given Kilauea volcano’s status as the world’s most-active volcano — are expected to go well beyond beauty to affect the tourism industry, resident health and even property values, according to experts in those fields.

Basically, it’s the bright side of a disaster that destroyed more than 700 homes in the Puna region.

“I think everybody is going to start coming back to the island,” said Ross Birch, executive director of the Island of Hawaii Visitors Bureau.

Big Island tourism was down 10 percent in November compared to 2017, according to the Hawaii Tourism Authority’s latest tally, but Birch attributed part of the drop to being paired against last year’s record-high visitor count.

“Air quality is definitely something we mention in almost everything we talk about,” he said. “It’s far better than we’ve seen it in the last 35 years. The ocean’s bluer, the mountain’s greener.”

That helps children, the elderly and anybody with respiratory problems. Vog-related symptoms include coughing, headache and dizziness, according to a vog fact sheet the Hawaii Department of Health’s Clean Air Branch provides on its website. Even healthy people may suffer, the DOH says.

“Volcanic emissions and volcanic ash are hazardous to health,” the DOH said on its website in a Sept. 24 update, the text highlighted in red. “If you stay in the area, limit outside activities and stay indoors if you have breathing issues.”

On the worst days, however, even those restrictions proved futile, especially for some people living along the mid-level slopes of Haulalai where the vog concentrations were the greatest.

“You couldn’t breathe even in your home,” Punihaole said of conditions she experienced at her Kalaoa residence last May and June when Kilauea was undergoing what USGS Hawaiian Volcano Observatory scientists say was the volcano’s largest eruptive phase in 200 years.

At its peak output, the volcano was releasing about 4,000 tons of sulfur dioxide a day, making it the nation’s largest single source of the hazardous gas, according to a recent report by the Hawaii Island Vog Network. The newly formed partnership between The Kohala Center and Massachusetts Institute of Technology staffers is working to place more monitors around the island to provide residents with real-time reports on air quality. 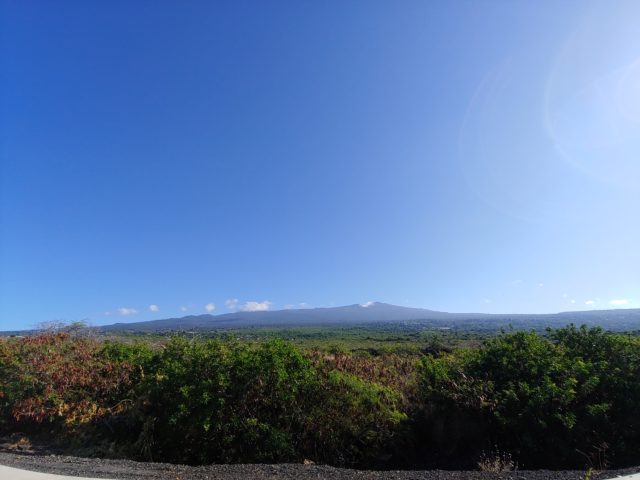 But they aren’t needed to notice how much conditions have improved.

“I got a million-dollar view from my house, and I couldn’t see the ocean in August,” Lance Owens said of his home overlooking Kealakekua Bay. “It was sad.”

Owens, who served as the West Hawaii Association of Realtors president until year’s end, said he’s lost sales due to buyers’ concerns about vog effects.

“Numbers indicate vog had a greater impact than lava when comparing number of (single-family) residential home sales” this year to the same period in 2017, Owens wrote in his official October report to the Hawaii Association of Realtors. 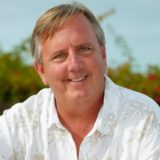 Homes sales in Puna, where the eruption was occurring, dropped 28 percent during this year’s lowest point, while North Kona’s sales plummeted 48 percent, according to his report.

“It is real for some people,” Owens said of the vog, adding he feels blessed that he and his family were unaffected by the constant emissions.

But since the eruption has stopped, November’s numbers for North Kona homes were off by just a single sale, he said.

Owens predicts buyers will discover that Kona-area homes are a “screaming bargain” compared to similar dwellings found on other islands, which likely will drive up prices “considerably.”

“We’re getting a lot of activity again,” he said.

And it’s all because the vog is gone.