For more than a year, Honolulu Police Capt. Mike Lambert and his team of plainclothes officers have teamed up with social workers to help homeless individuals find shelter, medical care and substance abuse treatment.

But with more help on the ground, there’s a bigger need for more shelter than Honolulu can accommodate.

To deal with those spikes in demand, Lambert and HPD are working on their most ambitious plan for homeless individuals to date. The department wants city leaders to relax or “lift” overnight camping rules in local parks, creating “lift zones” where they would locate inflatable industrial-grade tents for the homeless when shelters fill up. 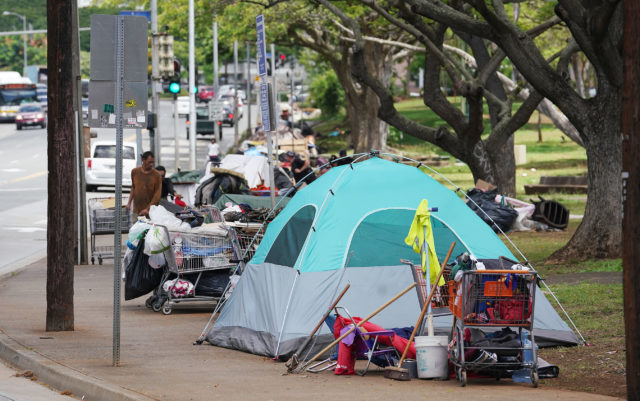 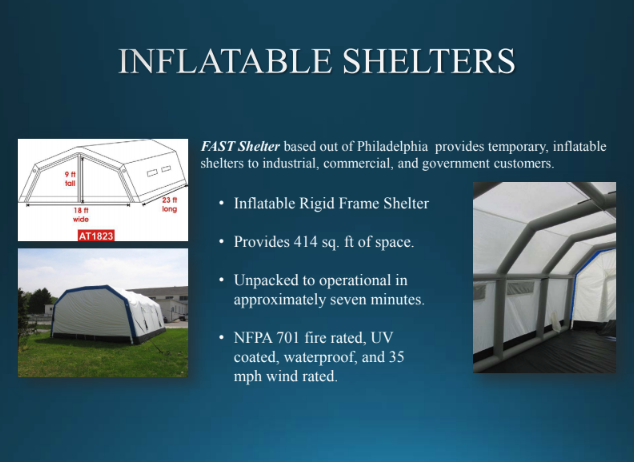 Plainclothes officers would be on hand in the parks and additional patrols would police nearby neighborhoods.

By using the parks, Lambert said, it keeps the temporary part of his plan truly temporary. Every 60 to 90 days, the tents would relocate to a different part of Honolulu. And when the zone moves, so do the service providers. That helps bring services to parts of the city where there are not as many service offerings, Lambert said.

“Service providers can come and provide treatment in an area that doesn’t exist at the moment,” he said.

“We’ve hit a point in the battle where we actually maxing out shelter services.” — HPD Captain Mike Lambert

According to a statewide count in 2018, there were about 5,000 people who were homeless on Oahu. Of those, 2,145 of them go without shelter.

Participation in the lift zones would be voluntary. No one would be forced to enter them. But all who choose the tents must move to a bed in a homeless shelter when they become available. 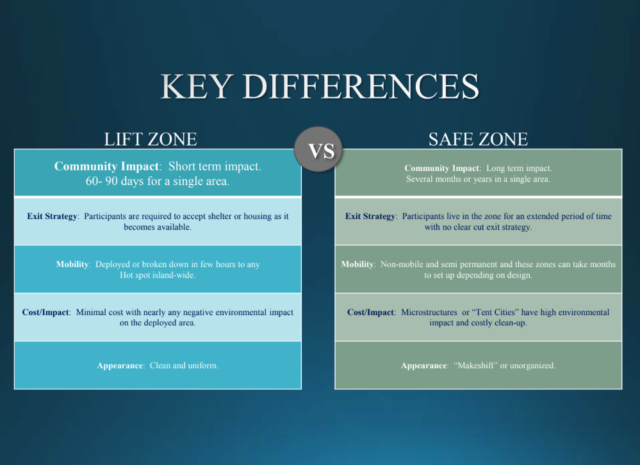