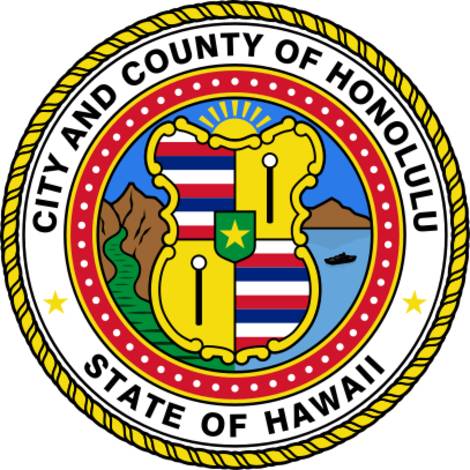 A measure allowing sparklers and fireworks fountains to become legal on New Year’s Eve and the Fourth of July secured a vote of support from a key City Council committee Tuesday.

The Executive Matters and Legal Affairs Committee voted 7-1 to advance Bill 5 (2014), which will next be heard by the full Council at its July 8 meeting at Kapolei Hale.

The bill’s passage is far from a done deal, however. Councilman Brandon Elefante said he opposes the bill, while members Carol Fukunaga, Kymberly Pine and committee Chairman Trevor Ozawa voted “yes” with reservations.

Even supporters of the bill acknowledged that the fireworks measure is one that divides their constituency.

Council members Ikaika Anderson and Ann Kobayashi introduced the bill last year, contending that the existing fireworks prohibition, adopted in 2012, is too restrictive.

The law now allows only common firecrackers — up to 5,000 with a $25 city permit that adults can purchase in unlimited numbers.

Bill 5 would add 160 sparklers and/or fountains among the items that could be purchased with a permit.

The bill was deferred in a Council committee last June but showed up on the committee agenda Tuesday.

Anderson said he and Koba­yashi view the allowance of spar­klers and fountains by permit a good middle-ground position between those staunchly against prohibiting fireworks and those who want a blanket ban. Requiring a permit would ensure that a only a limited amount would be allowed, he said.

Kobayashi said there appears to be an increase in illegal aerial fireworks shot off in recent celebrations, and that the increase has been triggered by the unavailability of legal pyrotechnics. “We thought well maybe if … we bring back some of these novelty fireworks, which to me are less dangerous than firecrackers, maybe we’ll see a decrease in the amount of illegal fireworks,” she said.

Councilman Joey Manahan said many of his constituents have complained about seeing so many illegal aerials. “They’re asking me, ‘How is it that we can’t have sparklers or fountains when our neighbors are popping aerials?'” Manahan said. “I didn’t have an answer to that question.”

Ozawa said he would like the Council to look at sparklers and fountains separately because there may be different health and safety issues.

As in the past, officials with the Honolulu Fire and Police departments testified against the bill.

HPD acting Maj. David Yomes said sparklers and fountains, like other fireworks, are inherently dangerous. “They can cause serious injuries, especially for children, and pose fire and health hazards, especially for the elderly,” he said.

HFD Assistant Chief Socrates Bratakos said the current law is doing its job. “Nobody can dispute … that over the last three years, there’s been a tremendous reduction in the amount of injuries, illness and smoke and noise pollution, as well as decreased cost to the city,” he said. “We’re not sure why we would want to bring any of that back.”

An exception was made for firecrackers because some people felt it was part of their Asian cultural heritage to set them off to ward off evil, Bratakos noted. “Sparklers and fountains are something that children enjoy.”

Sparklers and fountains cause 30 percent of fireworks-related injuries nationally, he said.

Kahala resident Brett Katayama said he supports the bill. The key to assuring safety when setting off fireworks is adult supervision, he said. “Fire­crackers are more dangerous than sparklers and fountains.”