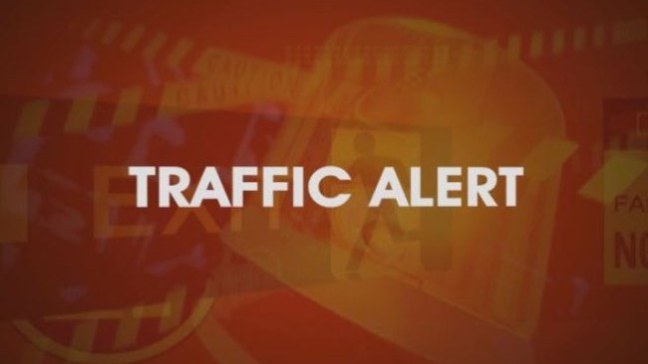 UPDATE: The ZipperLane is now open to eastbound traffic Wednesday morning after the Zip Mobile stalled in the Waikele area.

Vehicles using the ZipperLane will require two or more passengers as normal for morning operations.

Replacement parts are being flown to Oahu and are expected to arrive before noon. Repairs will be attempted shortly after arrival and, if successful, the ZipperLane will begin closing at approximately 2 to 3 p.m.

If repairs are not successful, the ZipperLane will remain deployed and will be opened for westbound use by all vehicles for the afternoon rush-hour.

Last night, traffic was gridlocked not just on the H-1 and Moanalua freeways, but also on highways and surface streets.

The Zip Mobile stalled in the Waikele area at around 9:30 a.m. on Tuesday due to computer problems, leaving the lane open throughout the day.

As a result, all scheduled westbound roadwork was canceled on the H-1 Freeway and Kamehameha Highway until further notice.

Transportation officials said the Zip Lane is open for any and all westbound drivers.

“We can’t get it back to the capacity we need,” said Edwin Sniffen, Highways Division deputy director, “but at least we’re going to try… and increase it as much as possible.”

Vehicles must enter from the left lane of Nimitz Highway just west of the Sand Island Access Road intersection and exit at west-side terminus near the Managers Drive (Lumiaina Street) Overpass in Waikele.

Just after 4 p.m., the Zip Lane opened to westbound traffic. Its opening was delayed as the Honolulu Police Department worked to get special duty officers stationed in the area.

Nimitz Highway was a parking lot as cars waited at the entrance for the lane to open.

All other crossovers and exits throughout the lane are blocked off to prevent drivers from entering or exiting in the wrong direction, officials said.

In addition, officials opened the westbound shoulder lane to traffic, from the Halawa interchange to the Waimalu interchange through midnight.

“At this time we haven’t done the improvements that are necessary for us to open the shoulder fully, but from the Kaonohi overpass to the Waimalu offramp, we know we have sufficient room,” Sniffen said.

Both ends are manned by contractor Safety Systems.

Frustration on the road

Westbound traffic was slow-going all the way past the H-1 Freeway and Radford overpass for much of the day and essentially grinded to a halt leading into the evening rush hour, leaving drivers frustrated.

“I’ll probably be a good 35 to 40 minutes late so I’m trying to figure out another way to get around but I don’t think it’s gonna be working. I don’t really know what to do anymore,” said driver Kristin Morris.

“I’m trying to head to west side, Waipahu, but just like everybody else, it’s gridlocked,” said driver Alan Aguada. “I’m glad you guys put it on the news.”

Even after the Zip Lane opened, traffic was gridlocked all over town as drivers either tried to get home or kill time at nearby shops, bars and restaurants.

It took one driver an hour and 45 minutes to get from Ala Moana to downtown Honolulu, and others told KHON2 they spent up to four hours on the roads Tuesday evening.

Crews are at the scene working on repairs, but there is no exact time for reopening, officials said.

Not only did the Zip Mobile break down, but according to Sniffen, a power pack burnt out as well “so the power packs from both machines are down, and because of that, the computer system cannot hook up to the Zip Mobile.”

Neither Zip Mobile is working at this time and parts necessary to complete repairs are expected to arrive Wednesday morning.

If the repairs cannot be completed then, officials said they are ready to repeat Tuesday’s process if need be. “That’s the worst-case scenario,” Sniffen said.

With the Zip Mobiles being 17 years old, KHON2 wanted to know, has there been any talk of buying a new one?

“We’ve been speaking with the manufacturer on alternatives to either buy new machines or do a significant rehab of the existing or three or four alternatives that we’re looking at on what we could do to rehab the machines themselves,” Sniffen said.

Right now, Sniffen said, the DOT is not planning to buy a new Zip Mobile.

He also did not know how long the Zip Mobile is built to last or how much a new one would cost.

When KHON2 spoke to DOT officials last January, when a similar incident occurred, we found out it would cost $1.7 million to buy a new one.

The state says it costs $2.5 million to operate and maintain the equipment.

Sniffen says the Zip Mobiles are being properly maintained by the company called Zip U There. The state awarded the contract to the company last May.

Zip U There is only the second company to take over maintenance and operations since the 11-mile Zip Lane was built.

“I think from the overall perspective, we’re doing everything we can to maintain them. We’re following the manufacturer’s recommendations on maintenance schedules,” Sniffen said.